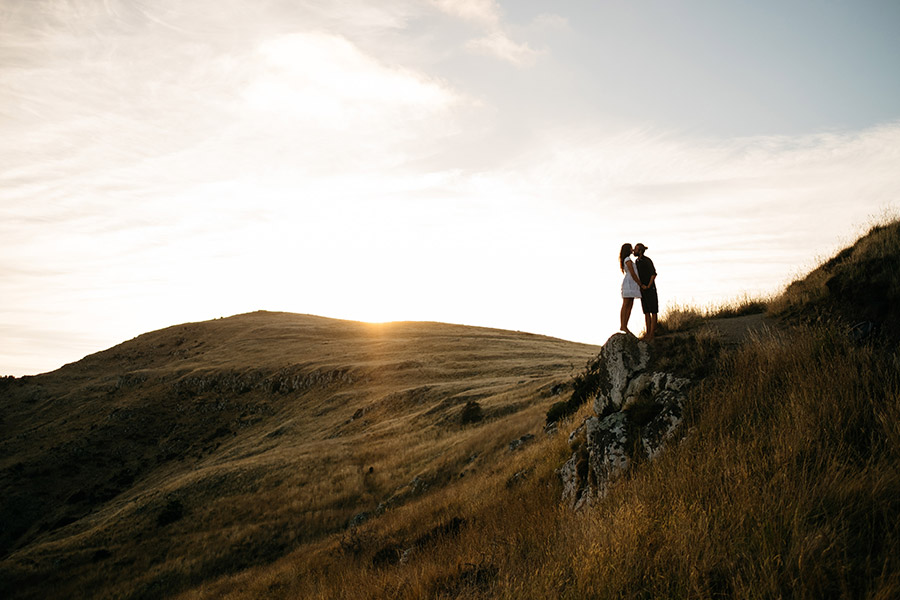 It’s been called many things by many people. Everything from “that damn encyclical” to “watershed” and a “prophetic statement,” Dr. Janet Smith points out in her essay on Humanae Vitae, “A Generation Later.”

Indeed, a half-century later Humanae Vitae (Of Human Life), Blessed Paul VI’s 1968 encyclical reaffirming the Church’s rejection of artificial contraception, remains ignored, controversial, or misunderstood by society at large. Quite possibly it’s because its truths are not an easy pill to swallow (pun intended) and the Church’s teaching against contraception “seems to be the Church teaching most difficult for laypeople to accept,” as Dr. Smith, an expert on the topic, noted.

However, to look at Humanae Vitae and its prescriptions through the lens of it being too “difficult” jeopardizes our clarity, making us miss the forest for worrying about the trees. The encyclical goes beyond teaching on contraception, touching on truths and guidance that touch the individual, the couple, and the family.

Here’s why there’s no better time than now to read this document and reflect on how we can live that fullness out with genuine charity — if we aren’t already.

Humanae Vitae was released into a world of generational mores and morals turned upside down by the Sexual Revolution. The Pill, pornography, contraception, and sex outside of marriage were exploding onto the scene.

Meanwhile, some influential Catholic theologians were publicly spreading views that contradicted Church teaching at a time when the ears of Catholics in the pews could be plied. Not a small number of Catholics were mistakenly thinking, especially in light of Vatican II changes, that Paul VI would actually change Church teaching on contraception.

Catholics were faced with the rise of divorce and the societal approval of abortion; traditional marriage as a whole was coming under attack. Population control advocates also threw their voices into the fray. The infamously alarmist book by Paul Ehrlich, The Population Bomb, hit bestseller lists the year prior to Humanae Vitae’s release. Some Catholics, meanwhile, continued to believe they had the right to have sex whenever they wanted and considered Natural Family Planning a serious burden on marriages.

Similarly, U.S. society today seems just as misguided, or even comfortable, living in opposition to the Church’s teaching on contraception. A 2016 Pew Research Center study said just 4 percent of all U.S. adults think contraception is immoral. Only 8 percent of Catholics, according to that study, think using artificial birth control is morally wrong. The marriage rate has fallen in favor of cohabiting relationships, while the divorce rate still hovers at around 40-50 percent according to the American Psychological Association. Abortion remains a billion-dollar industry.

The Church sent Humanae Vitae into a society and time that needed guidance, truth, and answers — much like ours. As Pope Benedict XVI said on the 40th anniversary of the encyclical: “What was true yesterday remains true even today. The truth expressed in Humanae Vitae doesn’t change.”

Not Just About Birth Control

Often overlooked is the fact that Pope Paul VI defines the characteristics of a holy marriage — a road map, if you will. Paul VI declares that, contrary to popular belief, marriage is not a social construct open to interpretation, or “the effect of chance or the product of evolution of unconscious natural forces.” Rather, it is a “wise institution” created by God Himself in order to help humankind grasp “His design of love” and walk a path toward perfection and nobility.

Furthermore, for those who are baptized, marriage is a sacramental “sign of grace” representing the union of Christ and His Church.

Sound familiar? It should — those traits are still shared in Catholic marriage prep courses today. Diocesan Director of Marriage and Family Life Chris Vaughan pointed out that Paul VI was quite possibly one of the first to characterize marriage in that way.

Why those four traits? Because they reflect how God works, Vaughan said. “This is good, but why? God wants us to reflect Jesus in being free, full, faithful, and fruitful. Did Jesus sanitize His experience on the cross? No, He totally gave of Himself.

"Our love for spouse needs to imitate that love Jesus Christ has for us.”

A Straight Answer on Contraception

Pope Paul VI extols that the marital act is “noble and worthy” because these symbolically reveal something of God’s unconditional love.

Nonetheless, he makes it absolutely clear that each and every conjugal act “must remain open to the transmission of life.” In other words, the marital act as God intended is defined by two inseparable aspects: the unitive (which brings the husband and wife closer together) and the procreative (the capacity to raise a new life).

Artificial contraception necessarily violates both components, he said. Why? Because contraception is not a true and full giving of self since the couple is not ready to commit their fertility to each other. If sex, an act of life and love as defined in Humanae Vitae, is to mirror Christ’s love to the Church, it must be fully given.

So does that mean couples should leave family size to mere chance? Or that births shouldn’t be spaced out for righteous reasons? Not at all! Rather, Humanae Vitae reminds us that we have the great honor of being co-creators with God and are called to respect His design by using methods of Natural Family Planning — the only approach which supports God’s design for married love.

Paul VI proved prophetic when it came to the extraordinary consequences that openly accepted artificial contraception would wage upon society. In Why Humanae Vitae was Right, Dr. Janet Smith wrote that the pope was among the few who saw the connection “between the use of contraception and the multitude of other evils decimating our society.”

The contraceptive mentality would lead to men losing respect for women, he warned, even to the point where he would see her as a “mere instrument of selfish enjoyment and no longer as his respected and beloved companion.”

What’s more, contraception could become “a dangerous weapon” in the hands of immoral public authorities who could impose it upon their people, he warned. Artificial birth control would place at the mercy of government the “most personal and most reserved sector of conjugal intimacy.”

He warned that contraception would mislead people into thinking they are masters of their own bodies, rather than God as St. Paul teaches us. “You are not your own. You have been bought, and at a price” (1 Corinthians 6:19-20).

He predicted a “general” lowering of morality: an increase in the divorce rate, abortion, pornography, and infidelity.

All of these have become realities “beyond [Paul VI’s] wildest nightmares,” Dr. Smith noted.

She’s right. Our society has seen same-sex “marriage” legalized, gender “reassignment” cheered, and in-vitro fertilization recommended — not to mention the lack of respect for women the #MeToo movement has revealed.

But there’s hope. By understanding those consequences and their root causes, we can better counter them today.

Fear the ‘hurdle’ is too high?

Truth is everywhere. It’s interesting where you can find its traces and shades sometimes.

Take for instance, the Netflix series, “Comedians in Cars Getting Coffee.” In one episode, over cups of coffee, Jerry Seinfeld and Stephen Colbert (a practicing Catholic) have the following conversation.

Stephen asks Jerry: How do you feel about happiness? Where do you rank happiness?
Jerry: I think it’s a foolish thing to pursue.
Stephen: Suffering is actually a pretty good way to get happiness.
Jerry: Exactly! Like I’m suffering right now trying to make you happy.
Stephen: You have. You’ve made me happy.
Stephen (after describing one of his first jobs): The woman who ran the program was going through a divorce. She said, ‘What should I do?’ She laid out all the different options she had for how to handle her relationship. I said, ‘You should think of the thing that you least want to do because it’s probably the right thing to do and you know it, which is why you don’t want to do it....’”

That scene illustrates vividly what we know deep inside: that truth is sometimes inconvenient or contradictory to what we want.

Pope Paul VI, who will be canonized a saint this October, knew the truth would be taken bitterly by some when he wrote Humanae Vitae. He knew the confusion that abounded regarding birth control and the poorly imparted Church teaching on contraception. He recognized it would feel like an insurmountable hurdle to many marriages.

Still, he pulled no punches in calling spouses to carry out their blessed vocation properly.

Immediately, the document became a sign of contradiction, as Paul VI had also predicted. But, contrary to what critics said, the encyclical’s teaching was in no way meant to be a “burden.”

“The Church, in fact, cannot have a different conduct towards men than that of the Redeemer,” Paul VI explained. “She knows their weaknesses, has compassion on the crowd, receives sinners; but she cannot renounce the teaching of the law which is, in reality, that law proper to a human life restored to its original truth and conducted by the spirit of God.”

The Apostle John reminds us, “For the love of God is this, that we keep His commandments. And His commandments are not burdensome, for whoever is begotten by God conquers the world” (1 John 5:1-6).

So, through the pages of Humanae Vitae, Paul VI shows equal doses of truth and compassion. He does what any good father would: give advice.

He advised families to practice mastery of self and to seek God’s help through the sacraments. He reminded spouses that the sacrament of matrimony reinforces them; they have each other as guides to heaven.

Husbands and wives, he encouraged to “face up to the efforts needed” and “implore divine assistance by persevering prayer.” If they fell, he urged them to never tire of getting up and seeking Reconciliation.

Pope Paul VI effectively tells us: If you fear the hurdle is too high, rather than lower it, trust God and His grace to lift you over it.