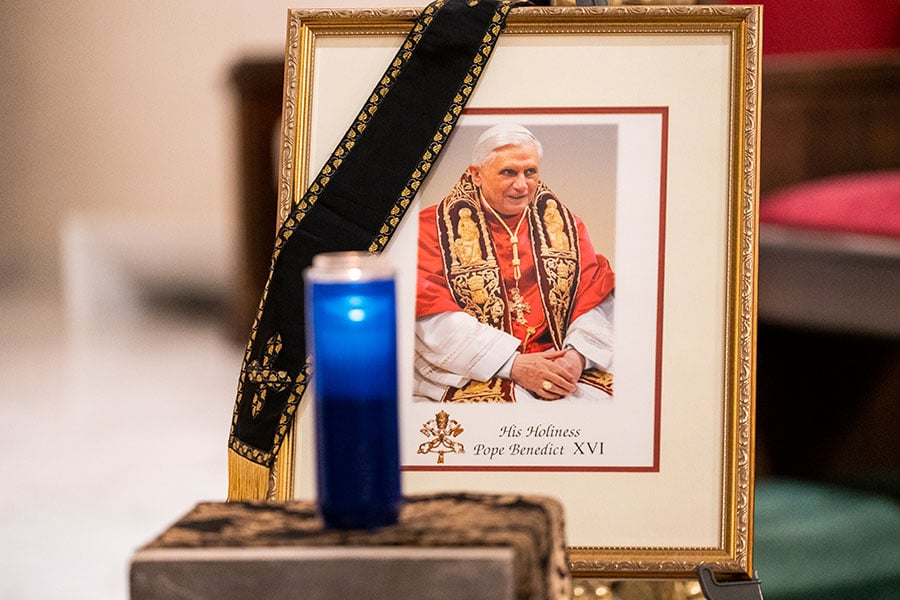 A portrait of the late Pope Benedict XVI is seen at St. Patrick Cathedral during a Mass for the repose of his soul on January 8, 2023. (NTC/Juan Guajardo)

FORT WORTH — ”Pope Benedict XVI was an intellectual leader second to none in his generation and the greatest the Church has seen in a very long time.”

Dr. Daniel Burns, associate professor of politics at the University of Dallas, praised the German-born late pontiff before boarding a flight to Italy where he attended the funeral of the pope emeritus who died December 31 at the age of 95.

In February 2013, Pope Benedict XVI became the first Holy Father in almost 600 years to resign from the papacy, citing advanced age and failing health. Living in quiet, near obscurity, he continued to live in a monastery on Vatican grounds until his death.

According to Burns, Cardinal Joseph Ratzinger — elected pope after the death of Pope St. John Paul II in 2005 — embraced St. Peter’s admonition, “Always be ready to give an answer to anyone who asks the reason for your hope.” During his life, Pope Benedict authored more than 60 books, 1,300 academic articles, three encyclicals, and four apostolic exhortations on virtually every aspect of faith and Church teaching.

“He knew he owed the world honest and clear answers to questions raised about the faith by believers and nonbelievers alike,” the associate professor pointed out, noting the theologian always used Christian intellectual tradition to find the answers to questions. “He understood the faith as a precious gift we must always feed and nurture and can never take for granted, especially in a secularizing world.”

North Texas Catholics gathered January 8 in St. Patrick Cathedral to pray for the repose of the soul of Pope Benedict XVI during a Mass celebrated by Bishop Michael Olson. While studying in Rome as a young priest, the bishop recalled meeting Cardinal Ratzinger before he was pope and having several informal conversations with him in St. Peter’s Square.

“I learned a lot from his example of humility and his breadth of knowledge and wisdom,” Bishop Olson told the North Texas Catholic. “He would talk to anybody — always asking where you were from and could switch from language to language. He was very open.”

In his homily, the bishop reminded Mass participants of Cardinal Joseph Ratzinger’s legacy as a staunch defender of the faith.

“Pope Benedict XVI’s theological critics and adversaries rightly saw him as one of the main obstacles in their attempt to change the doctrine of the Catholic faith into a form of Gnosticism or new religion that can simultaneously capitulate to Marxism and hedonism of the sexual revolution and still be called Catholic,” he explained.

As a priest, bishop, head of the Congregation for the Doctrine of the Faith, and most fully as pope, the vicar of Christ, Joseph Ratzinger was obligated to resist revisionist theology.

“Because of this, his opponents created the image of him as a ruthless inquisitor and made that illusory figure a target of mockery, hoping these attacks against his person might affect his humility, his fidelity to Christ, and his clear teaching of Christ’s gospel,” the bishop continued. “Their strategy failed.”

“Back in the 1980s and ’90s, it prompted me to study Catholic theology because I realized it had real claims in the world and it meant something. It meant life was worth living,” the associate professor said.

While many liberal theologians at the time dissented from the faith, Cardinal Ratzinger defended it.

“And he did so in a calm and reasonable manner,” Malloy observed. “That gave me great confidence the faith is true and life-giving. No one is perfect, but he was extraordinary in so many of his gifts and accomplishments.”

Growing up in Hitler’s Germany, a young Joseph Ratzinger saw the “wounds of sin” and was not optimistic about human nature. For the impressionable youngster, his father, a policeman, served as an equitable and just example of authority in contrast to the Nazis.

“He was realistic and knew we need God’s grace to be saved,” the theology scholar added. “Joseph Ratzinger was deeply impressed with our need for Jesus Christ.”

Pope Benedict XVI was stalwart in his belief that the faith doesn’t change.

“Doctrine grows organically and there are no radical ruptures in our faith,” Malloy said. “That will be his lasting legacy.”

In November 2009, Nancy Eder and 500 other North Texans traveled to Rome with then Fort Worth Bishop Kevin Vann to mark the 40th anniversary of the diocese and attend a general audience with Pope Benedict XVI. Two members of the group, the late Monsignor Charles King and the late Sister Francesca Walterscheid, SSMN, were greeted by the Holy Father personally. Sr. Francesca, a native of the heavily German Muenster, Texas, spoke to him in his native language. A general audience with the pope was part of the arranged schedule and included 800 participants.

“It was an amazing experience,” said Eder, remembering the gathering in the Vatican’s Paul VI Audience Hall. “Pope Benedict was very kind and gentle. I felt very humbled.”

Catholic young adults Kaylee Cook, Cindy Do, and Daniel Fernandez were in middle school when Pope Benedict was elected to the papacy in 2005. They were among hundreds who attended the Mass for the repose of the late pontiff at St. Patrick Cathedral.

“I remember being in school and watching for the white smoke to come out of the chimney,” said Do.

News coverage of his death inspired them to learn more about the late pontiff.

“I know he wanted to retire and spend time with his books when he was a cardinal but didn’t because he saw how Pope John Paul II was suffering with his Parkinson’s [disease],” Fernandez said. “He encouraged us not to be afraid. By opening up our hearts to God we never lose anything.”

Returning to Texas from Rome, UD faculty member Burns described the funeral of Pope Emeritus Benedict XVI as moving but very public for a man who was so private by nature. Pope Francis presided over the requiem Mass attended by 50,000 people in St. Peter’s Square.

“The funeral wasn’t in his native country or his native language,” he said. “To me it was an acute reminder of the lifelong sacrifices Joseph Ratzinger made in accepting the duties the Church imposed on him.” 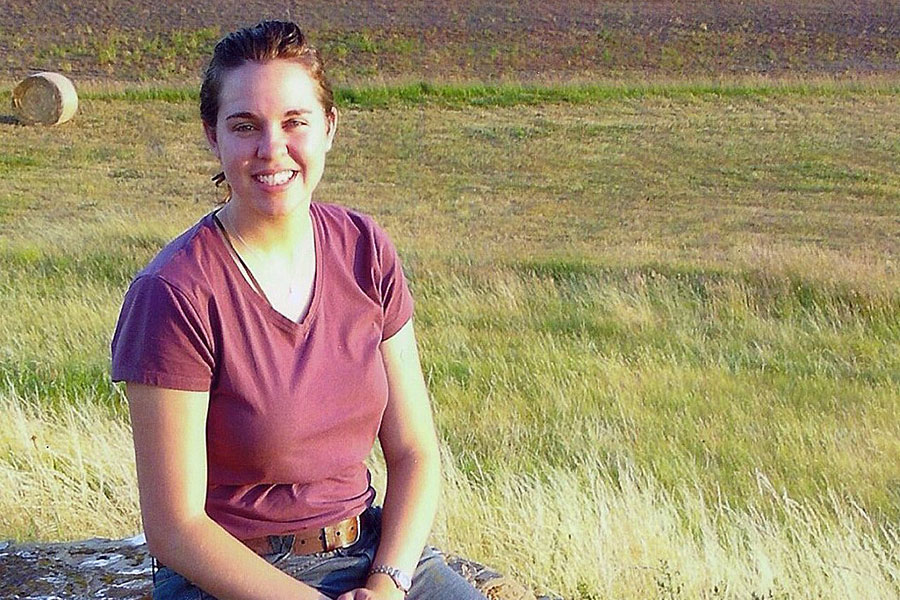 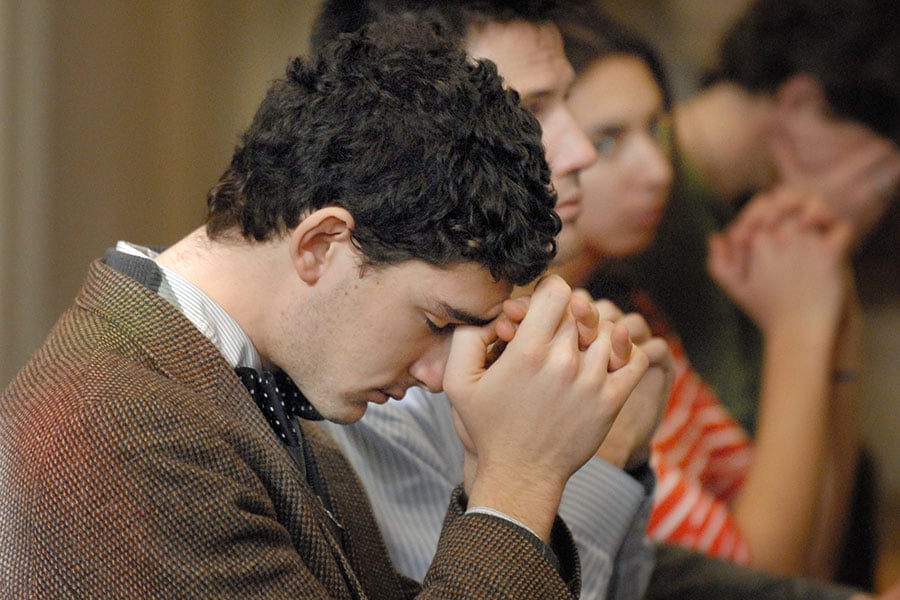 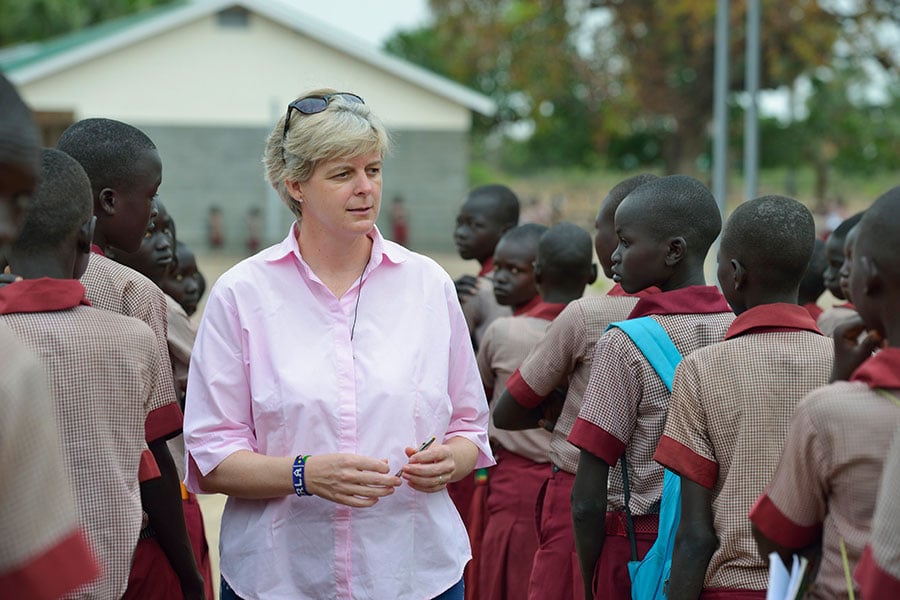 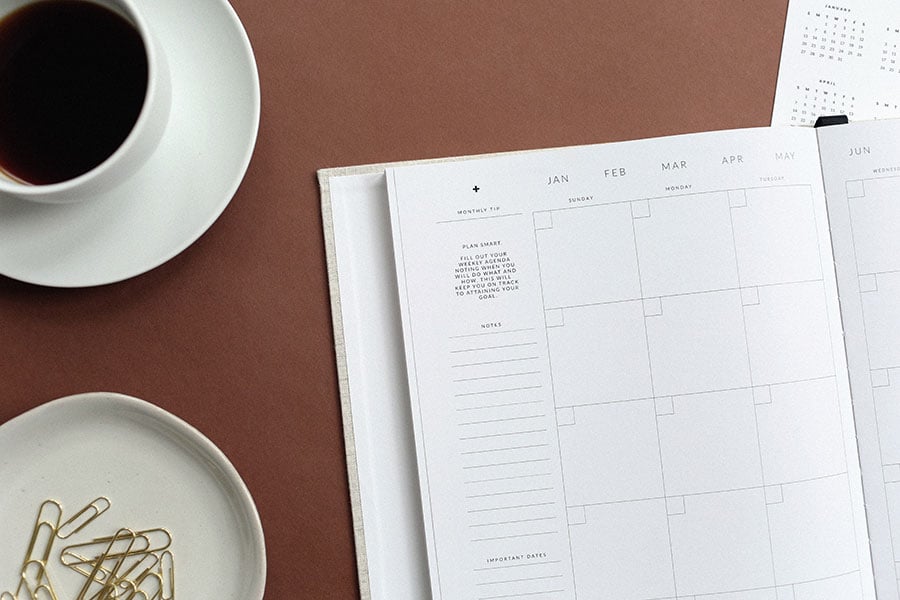