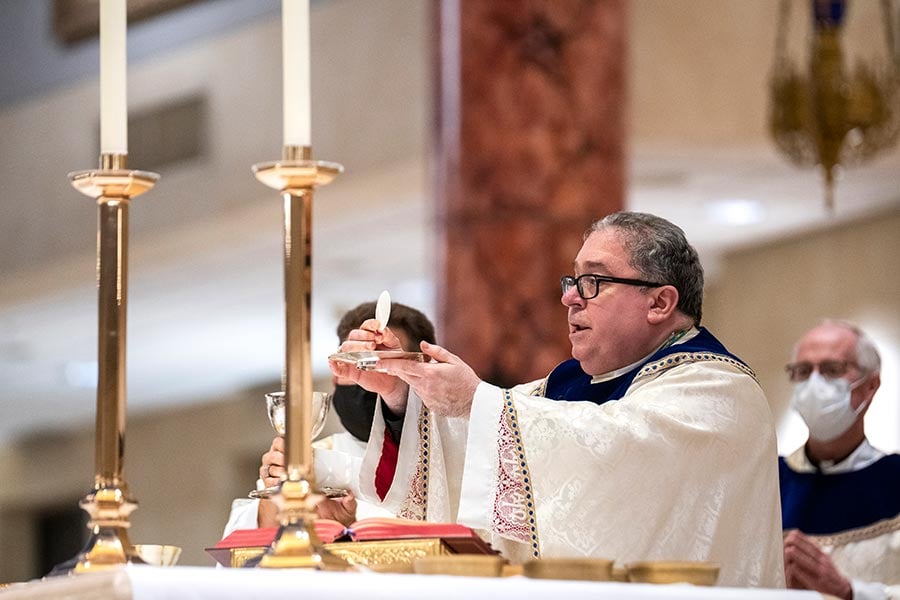 FORT WORTH — On September 4, Bishop Michael F. Olson issued a statement calling on the faithful of the Diocese of Fort Worth to observe Wednesday, September 9, 2020, the Memorial of Saint Peter Claver, as a Day of Prayer for “Peace Among People of all Races.”

“The current events in our nation are cause for concern.” Bishop Olson observed.  “Much of the tenor and substance of the political discourse in our nation lacks the respect and civility that our republic has consistently relied upon throughout our history. The COVID-19 pandemic and our response to its effects have produced fear and anger in the face of unemployment and financial hardships. We see this most acutely in civil unrest that has exacerbated racial tensions among people in our cities along with greater pressure among the men and women who put themselves in harm’s way as police officers in service to our community.

“We have witnessed the ugliness of sins of racism and sins of violence and anarchy calling for the destruction of our society,” he stated.

Bishop Olson is asking that on September 9, “all of our priests offer the Mass for Peace and an End to Civil Discord and that they preach on how mindless and evil hatred is at the heart of the violent acts of racial discord and anarchy that we are suffering today.”

Bishop Olson will observe the day by celebrating Mass in the Nolan Catholic High School chapel with a small group of students, following social distancing and other diocesan protocols for Mass, while other students observe via livestream in classrooms. The Nolan Mass is at 8 a.m. on September 9.

“If our people are unable to participate in Mass on that day, I would ask that they offer the Prayer to Saint Michael the Archangel for these intentions and that they engage in one spiritual or corporal work of mercy,” the bishop said.

In calling for the Day of Prayer for “Peace Among People of all Races,” Bishop Olson said, “I join my voice with my brother bishops, especially Archbishop Jerome Listecki of Milwaukee, who said, ‘Violence can never be the means to attain peace and justice. The Church stands as a beacon of hope. The sins of violence, injustice, racism, and hatred must be purged from our communities with acts of mercy, with the protection and care for the dignity of every human person, with respect for the common good, and with an unwavering pursuit of equality and peace. We reiterate the value of those whose human life and dignity in this country are marginalized through racism and our need to fight for them including the unborn.’”

The Diocese of Fort Worth participates in the Day of Prayer with dioceses across the country, the Knights of Columbus, and other Catholic organizations.

Bishop Shelton J. Fabre of Houma-Thibodaux, chairman of the U.S. Conference of Catholic Bishops’ Ad Hoc Committee Against Racism, said, “We reiterate the value of those whose human life and dignity in this country are marginalized through racism and our need to fight for them, including the unborn. Considering the violence in . . . cities across the nation, we urge all people of faith to observe . . . the Feast of St. Peter Claver on September 9 as a day of fasting and prayer.”

On the Memorial of Saint Peter Claver, the Catholic Church celebrates a saint who heroically witnessed to human dignity by offering solace through acts of mercy and bringing the Gospel and sacraments to people who had been enslaved.

St. Peter Claver was a Spanish missionary who boarded incoming slave ships to provide physical and spiritual care to slaves arriving in the port city of Cartagena, Colombia, in the first half of the 17th century. He also visited slaves on the plantations and encouraged their masters to treat them humanely. It is said that he baptized 300,000 slaves during his 33-year ministry.

He was canonized in 1888 by Pope Leo XIII, who declared him the worldwide patron of missionary work among Black slaves.