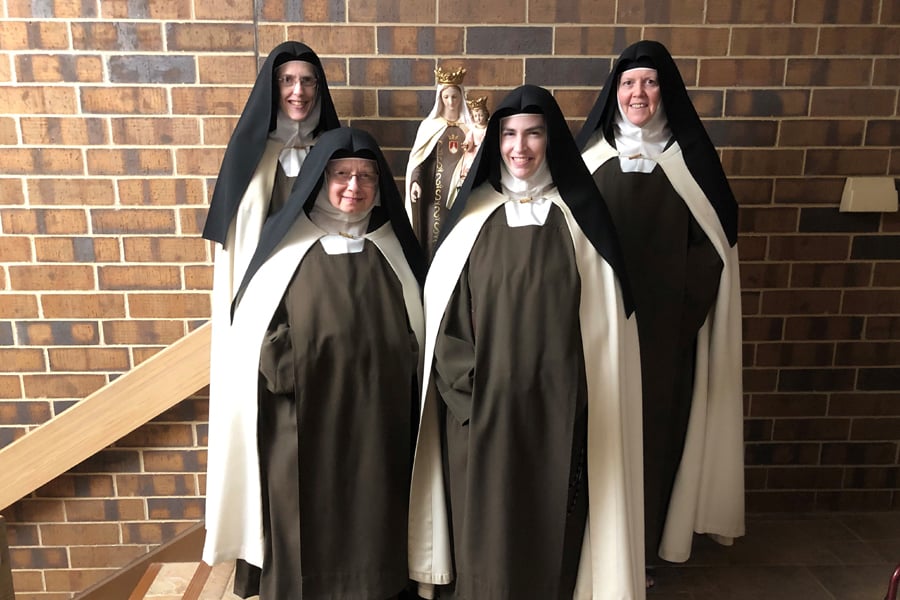 ARLINGTON — Bishop Michael Olson presided at the community elections at the Carmelite Monastery in Arlington.

Like other Carmelite communities, the Monastery of the Most Holy Trinity in Arlington holds a council every three years to elect nuns to positions of servant leadership and to reflect on issues pertaining to the monastery.

“We ask your prayers for our Council and Community during this triennium,” said Mother Teresa Agnes of Jesus Crucified.

The Monastery of the Most Holy Trinity was established more than 60 years ago in a home on the bluffs of the Trinity River in Fort Worth. In 1984, the community moved into the monastery on 56 acres in Arlington.

The cloistered nuns devote themselves to prayer, especially for priests, for missions, and for the poor, unemployed, sick, suffering, and hungry. They also pray for the many individuals who call or write with special needs and intentions.

Their offering of praise to the Lord and prayers of intercession include contemplative prayer, daily Mass, and the Liturgy of the Hours, which they chant seven times each day.

The Discalced Carmelite Nuns (O.C.D.) are part of a worldwide religious family dedicated to fulfilling a specialized mission of prayer. Discalced means “shoeless,” a symbol of their vow of poverty. The nuns also profess solemn vows of chastity and obedience.

Carmelites trace their origins to the 12th century, and St. Teresa of Avila reformed the Order of Carmel in 1562.