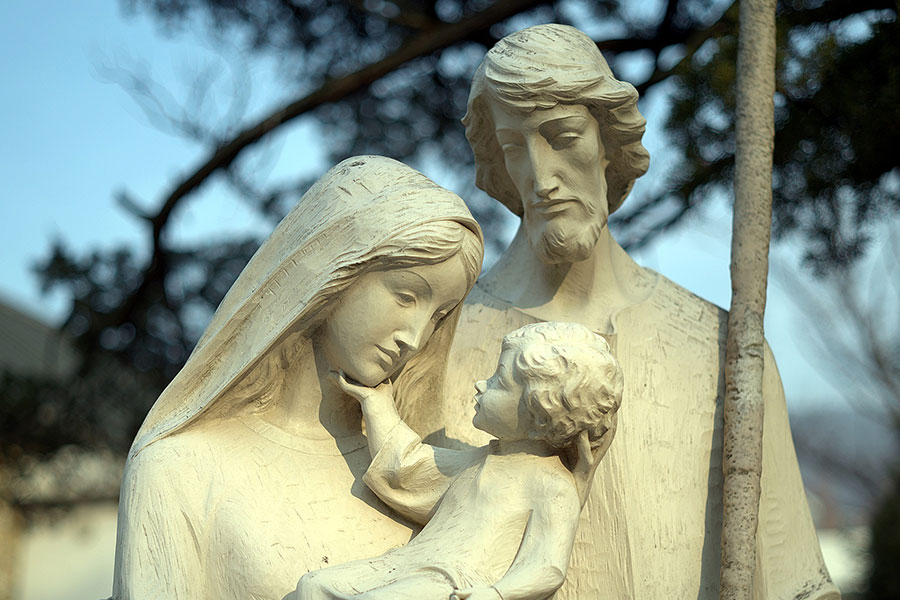 ''I have sworn to David My servant: Forever will I confirm your posterity and establish your throne for all generations." —  Psalm 89:4-5

Nathan prophesied to David: “The Lord said: ‘Your house and your kingdom shall endure forever before Me; your throne shall stand firm forever’” (2 Sm 7:16). After this prophecy, David’s house was split by civil war and suffered many other tragedies for about a thousand years. God’s promise to David did not seem true.

One day, “the angel Gabriel was sent from God to a town of Galilee named Nazareth, to a virgin betrothed to a man named Joseph, of the house of David” (Lk 1:26-27). The angel told Joseph’s wife, Mary: “You shall conceive and bear a Son, and give Him the name Jesus. Great will be His dignity and He will be called Son of the Most High. The Lord God will give Him the throne of David His father. He will rule over the house of Jacob forever and His reign will be without end” (Lk 1:31-33). The Lord’s promise to David that his house and kingdom would last forever was fulfilled in Jesus, the foster-Son of Joseph of the house of David.

The Lord’s seemingly broken promises were fulfilled when Mary said: “I am the servant of the Lord. Let it be done to me as you say” (Lk 1:38). If we, by faith, decide to become servants of the Lord and let Him do whatever He wants in our lives, we too will find the Lord’s impossible promises fulfilled in our lives. “Let it be done.”

Prayer: Father, let surprises, conviction, persecution, sacrifice, and all else be done to me as You say.

Promise: “She who was thought to be sterile is now in her sixth month, for nothing is impossible with God.” —Lk 1:36-37

Praise: “O Key of David, O royal Power of Israel controlling at Your will the gate of heaven: come, break down the prison walls of death for those who dwell in darkness and the shadow of death; and lead Your captive people into freedom.”

Rescript: In accord with the Code of Canon Law, I hereby grant the Imprimatur ("Permission to Publish") for One Bread, One Body covering the period from December 1, 2020 through January 31, 2021.

The Nihil Obstat ("Permission to Publish") is a declaration that a book or pamphlet is considered to be free of doctrinal or moral error. It is not implied that those who have granted the Nihil Obstat agree with the contents, opinions, or statements expressed.