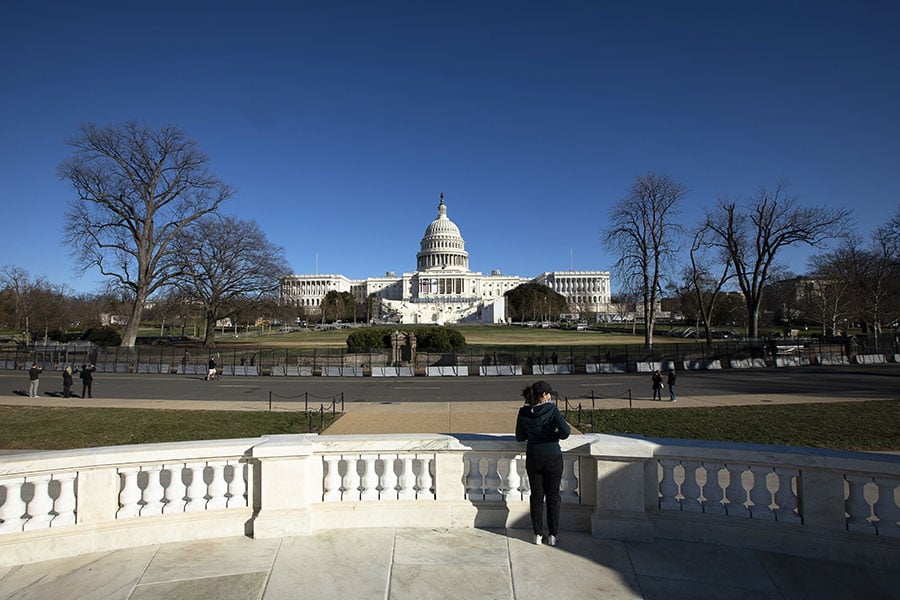 In March, the U.S. House of Representatives, by a margin of eighteen votes, passed the Equality Act, legislation which would modify the 1964 Civil Rights Act and purports to address issues of discrimination based on sexual orientation and gender identity in many areas of public life. Also contained in the Equality Act is a provision to prevent the Religious Freedom Restoration Act of 1993 from offering any protection for religious communities that request exceptions to the new law because of their sincerely held beliefs.

The Church teaches, and has always taught as handed down from Christ, that each human person is created in the image and likeness of God and possesses an irrevocable dignity regardless of gender, race, color, nationality, or any other distinguishing characteristic. Thus, every person should be treated with respect and understood to be equal in dignity. It is this foundation of the dignity of human nature that prompted the Church in the U.S. to actively work for the passage of the 1964 Civil Rights Act ending legally sanctioned racial segregation.

The Church maintained then, as it always has and does now, that equality of persons before the law is a point of justice to which all reasonable people should aspire, but when false ideas about the nature of the human person are embedded in law, then terrible tyranny will follow. In the case of the Equality Act, the falsehood in question is found in the novel claim that the human person is a disembodied intellect and will possessing a bundle of desires which can then determine the gender identity of the individual and define the meaning of the body, both for oneself and for everyone else, without any reference to biological sex. If this bizarre construal of human nature is enshrined in law by the Equality Act, then any custom or practice anywhere in the U.S. which connects human identity or activity to biological sex will become illegal, and activists will immediately begin to use the judicial branch of government as a truncheon to enforce submission to the claim that God did not create human beings as male and female.

Gender dysphoria is real, and for those who experience it, life can be very difficult. Professionals of every relevant discipline should help those with gender dysphoria to find a path to peace in their lives, and we should all be patient and understanding of those who feel existentially out of place in their own bodies and extend to them the same respect we give to all persons. That approach of understanding and respect cannot include our agreement to the false claim that gender is a purely personal preference and cultural construct disconnected from the biological sex of the body. It must be pointed out that the Church stands ready to help stop unjust discrimination of any group, but not at the expense of the truth, the oppression of religious liberty, the persecution of other groups of people, and most especially the endangering of vulnerable children and adolescents — as could be the case if the Equality Act is passed.

The Act would force female athletes to compete against males identifying as women. It would also require medical professionals to provide sex-change operations and therapies, even if it violates their religious beliefs and conscience and goes against their best medical judgment. Adoption agencies could also be at risk of being forced to place children with same-sex couples even if this violates their beliefs and those of the birth mother. Our schools would be compelled to provide unisex restrooms and locker rooms for children and adolescents. The teaching of the Gospel and right reason that homosexual acts are unnatural and immoral would be decried falsely to be hate speech by the mandarins of academia, journalism, entertainment, Big Tech, “woke” corporations, and anarchists. This false charge of hate speech makes it ever more urgent that we courageously speak the truth of Christ in love and never out of fear, anger, resentment, arrogance, or contempt for other people. Yet, speak the truth at all costs. Please pray with me and join me in asking our senators bravely to not pass the Equality Act and let us pray for the peace and common good of our republic.

Editor's Note: The USCCB has a quick link to contact legislators about this issue: votervoice.net/USCCB/campaigns