Hundreds catch the faith, and spread it, at St. Joseph conference 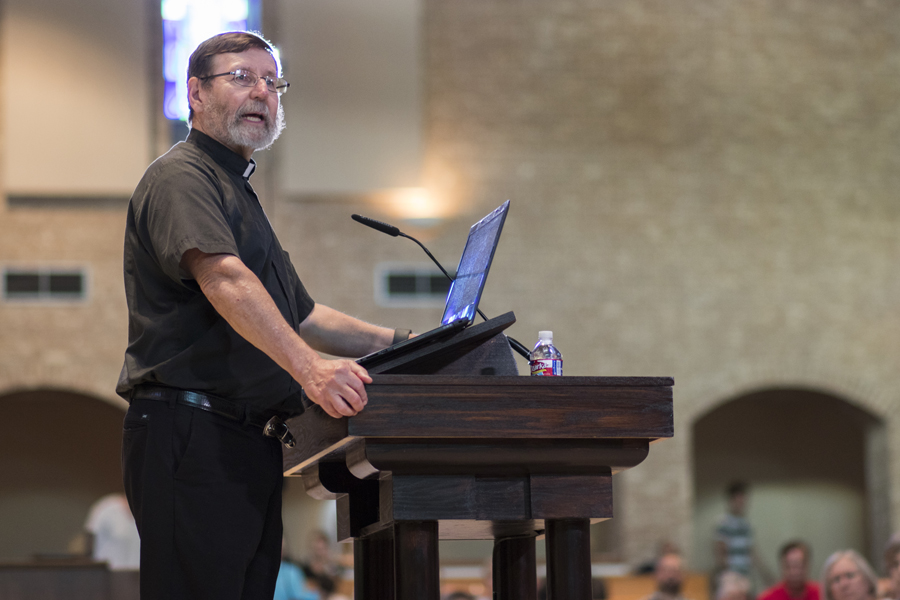 The Dynamic, Contagious, Catholics! Conference held July 13-14 at the church was conducted by the nonprofit Fullness of Truth Catholic Evangelization Ministries.

Thad Cardine, director of evangelization for Fullness of Truth, said the two-day event was aimed at teaching Catholics and non-Catholics that spreading the word about the spiritual strength of the Catholic Church is important for the Church's future.

“We have a dynamic faith that needs to be contagious — we can’t sit on our faith. We can’t hide and protect our faith ... we are called to evangelize, we’re called to live our faith in public, out in the world, and to share Christ wherever we go,” Cardine said.

It’s not just for Protestants, “it’s fully Catholic to evangelize,” he said.

The speakers at the St. Joseph event came from diverse backgrounds.

Father Mitch Pacwa is an well-known author, educator, and EWTN TV host. Jesse Romero, a retired veteran of the Los Angeles County Sheriff's Department, is an evangelist, author, three-time World Police Olympics boxing champion, and a former U.S. middleweight boxing champion. Dr. Marcellino D’Ambrosio is an author, speaker, director of the Crossroads Initiative, and known on TV and radio as “Dr. Italy.” And, Sally Robb is an author, radio host, and the mother of six children who lives in Austin. 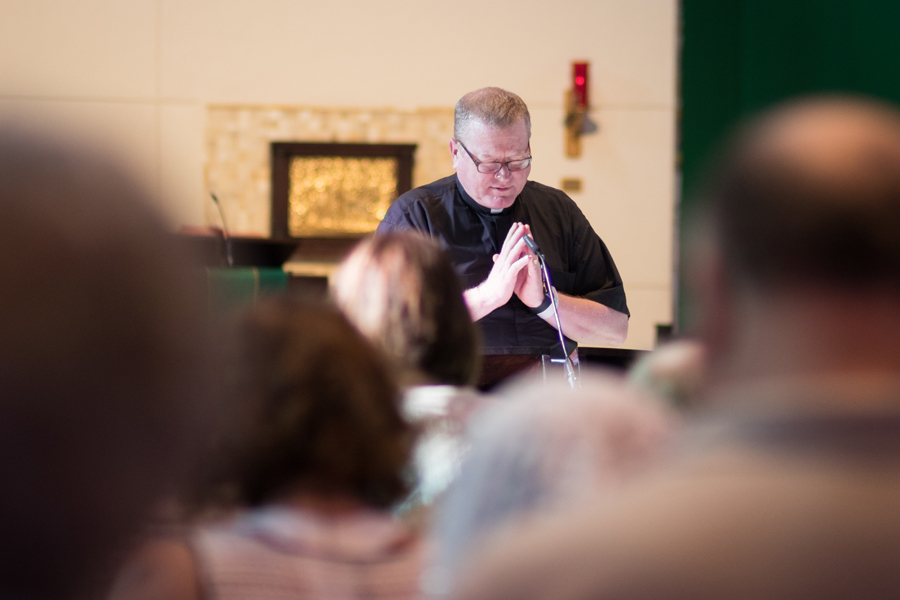 At Saturday’s conference, Robb’s message was one of joy.

“If your faith doesn’t produce joy, it should,” Robb told the audience.

“The key to drawing people into the Church is joy,” Robb said. “The real power of evangelization is attraction, not fear.”

It’s important to use the power of Jesus Christ as a way to attract people into the Catholic Church, she said.

“We don’t get to decide where the Beloved will take us, we just follow Him,” Robb said. “We can become who we are, we can [reflect] Christ, and that is the greatest evangelical tool.”

D’Ambrosio, who lives in the Dallas-Fort Worth area and has taught theology at universities, including the University of Dallas in Irving, followed Robb with a talk filled with historical perspective.

He said it’s important for all Catholics to invite new members to the Catholic Church or to reinvigorate existing Catholics to attend Mass each week and be more involved.

“Every one of us needs to be involved in the work of sharing the Gospel,” D’Ambrosio said. “The goal is conversion. It’s an encounter where the love of God breaks through.”

Fr. Pacwa’s message was one of living life according to your faith.

Unfortunately, he explained, some people will often change their beliefs to fit the way they live. If someone lives an immoral life, they will bend their belief system to that lifestyle.

Fr. Pacwa, who has taught at the University of Dallas, used organized crime as an example of how people who professed to have strong faith bent their beliefs to accommodate their lifestyles.

“Instead of living the Ten Commandments, they compartmentalized beliefs into what they called ‘the family business,’” Fr. Pacwa said.

Fr. Pacwa delivered lessons on how Supreme Court developed its opinion in Roe v. Wade, how some states are approving euthanasia laws for humans, and how religion has been removed from the nation’s education systems.

We must “live by our faith in all aspects of our lives,” he told the audience. “How do I make my business not only a means to support my family, but also a way to serve my community?”

He told the audience that the Catholic Church is in a fight with demons for the souls of humankind.

A demon “is one who divides, and that’s exactly what they want to do,” he said. “They are agents of the devil.”

Romero said to Catholics, “God is the only one who is supernatural.”

He said that God “doesn’t have a beginning and will have no end.”

Romero said that the demons, fallen angels, made a decision to follow Lucifer. “They made an irrevocable decision against God.”

“We’re in the fight of our life right now, and most Catholics don’t have a clue,” Romero said. He related a survey that showed that only 20 percent of Catholics said they believe in the devil.

Romero said that of the 70 million Catholics in the U.S. today, only 20 percent go to Mass on Sundays.

He told the story of how he assisted with an exorcism of a young woman who had been deeply involved with a Mexican drug cartel. Romero said that two exorcist priests read passages and prayers over the woman — who was being held down by five men, including Romero — for five and a half hours to no avail.

Then, they prayed the Rosary over the woman in Latin and an eerie voice yelled that they were hurting him.

Romero said his wife, who was in the room, said she saw the presence of Mary as the Rosary was being prayed.

“Mary is here,” Romero quoted his wife as saying.

“They couldn’t stand that ... they left,” Romero said of Mary’s presence.

Romero said his role is to convey the importance of the battle facing Catholics.

“I’m a nobody who wants to tell everybody that somebody can save them,” he said.