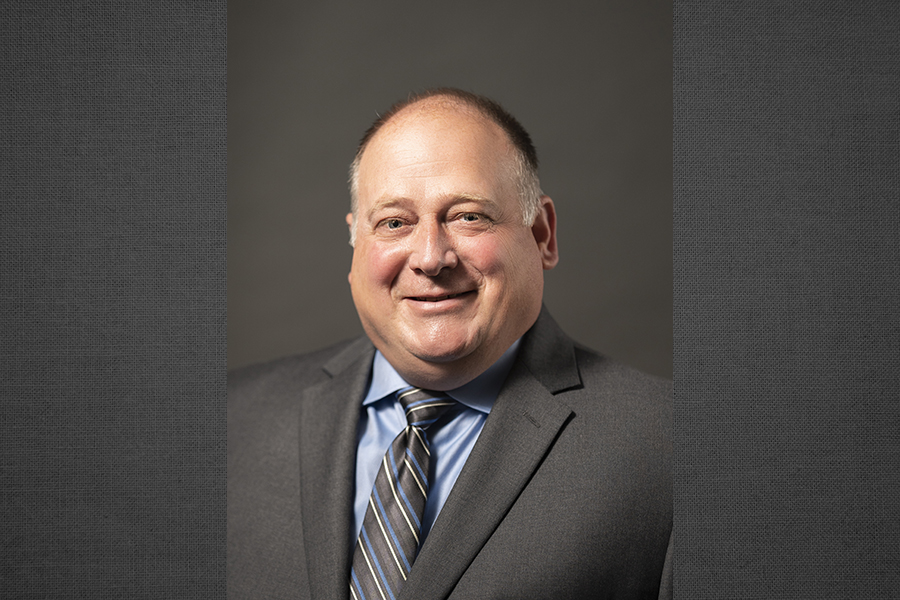 FORT WORTH — With 29 years in law enforcement, Patrick McGrail could retire and write a screenplay of an action movie, with tales of recovering stolen heavy equipment tracked across the border and training new recruits in tactical and pursuit driving.

Instead, he retired from law enforcement and is using his experience and background as assistant director for the Office of Safe Environment for the Diocese of Fort Worth.

His responsibilities include helping with investigations into concerns of abuse; background checks for clergy, employees, and volunteers; and leading training for facilitators and participants in safe environment awareness sessions.

McGrail spent 29 years with the Hurst Police Department, but many of those years he was assigned to a state task force for cargo and heavy equipment theft. He traveled to 17 states, training industry owners on theft prevention and training officers on how to investigate the multi-billion-dollar crime.

He has received several awards during his career in law enforcement, including Officer of the Year — twice — and a national award for combating heavy equipment theft.

A certified mental health police officer, McGrail also investigated crimes against children. He said, “I’ve done my entire career on the back end of cases with children. What I’ve done for years makes a difference for victims and their families, but getting out in front of it, being able to attack it from a different angle attracts me to this position.

“Here, the emphasis is to address those issues before they arise. We’re doing basically the same work, but getting to it sooner in the process,” he continued.

The Office of Safe Environment has completed background checks and conducted awareness training with more than 25,000 volunteers, employees, and clergy in the Diocese of Fort Worth.

In addition to conducting training and investigations, McGrail also cultivated relationships with agencies such as Child Protective Services and MHMR of Tarrant County, which he anticipates may be useful in his work in the Safe Environment Office.

His new position, he said, is a “good fit. Every day I see something I can take from my toolbox and put it to use.”

Sandra Schrader-Farry, director of the Office of Safe Environment, said, “Pat brings a wealth of experience in leadership and in conducting a wide variety of investigations. We are all pleased he has joined our team and are looking forward to introducing Pat to our local parishes and schools.”

A longtime St. Elizabeth Ann Seton parishioner, McGrail said his faith has “definitely been a benefit in his career. Without faith, it would be a lot more difficult [handling] the pain that you see and that you experience.”

McGrail worked his last shift with the Hurst Police Department on a Sunday, and he began work at the diocese the next day. He explained, “When I would leave one division [in the police force] or go to a specialized unit, you take all your contacts and knowledge and experience and expand on what you’ve done. I look at coming here as the same thing. I didn’t leave my profession; it’s a different assignment.”