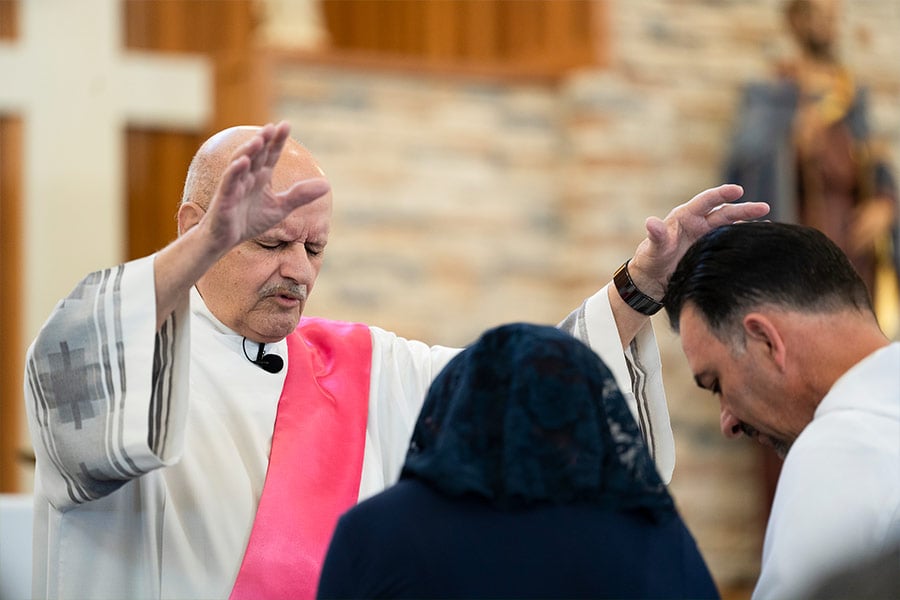 FORT WORTH — A chance encounter with a priest on Holy Thursday led Deacon Hector Salva into a ministry that blessed him with the best 26 years of his life.

“I was the only person in the Cathedral when I saw a priest, so I started talking to him,” remembered the native of Puerto Rico who moved to Texas only months earlier in 1984.

During the conversation, Dcn. Salva found out the person telling him about the diocese’s new deacon formation program was the bishop.

“I was too late for the first class of deacons, but Bishop [Joseph P.] Delaney told me to apply for the next one,” recalled the former St. Patrick parishioner. “He said, ‘Maybe you’ll be my deacon someday.’”

That’s exactly what happened. Ten years later, after his ordination to the permanent diaconate in 1995, Dcn. Salva was assigned to St. Patrick Cathedral where he assisted Bishop Delaney for six years before leaving to become a pastoral administrator with the late Father David Bristow at St. Mary of the Assumption Parish in Fort Worth.

Since 2014, the deacon has served at St. Thomas the Apostle Parish in Fort Worth, where he helped parishioners build a new church, mourn the unexpected death of a beloved pastor, Father Mathew Kavipurayidam, TOR, and cope with a pandemic that kept current pastor, Father Benjamin Hembrom, TOR, in India for eight months. Dcn. Salva and Deacon Mike Handler managed the parish in his absence.

“The best part of being a deacon is just serving the people,” explained Dcn. Salva, who is retiring at the end of this year. “That’s been the most important part of my ministry.”

In January, Dcn. Salva and his wife, Manuela, will celebrate 59 years of marriage along with their three children, five grandchildren, and two great-grandchildren.

Once retired, the 80-year-old spiritual director will spend time “praying for everybody” and will serve in the diocese if needed.

Being present for people and their needs is something he’ll miss, the deacon admitted.

“If a man is selected to be a deacon, it will be the greatest experience of his life,” Dcn. Salva said, looking back on his years of ministry. “When you serve at the altar at the time of consecration, you are so close to the Lord. It’s a miracle — every single time.”