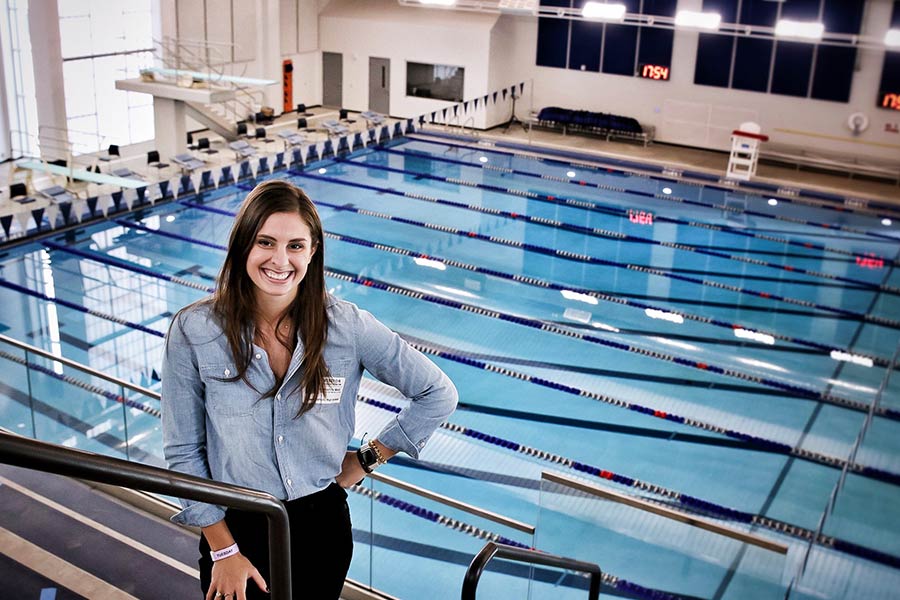 FORT WORTH — Katie Meili’s eyes welled up with tears as she viewed the state-of-the-art natatorium at Nolan Catholic High School for the first time.

“I’m so impressed and proud to be an alum,” said the 2009 graduate who earned a bronze medal in the 100-meter breaststroke at the 2016 Olympics. “The natatorium is beautiful. I’m grateful that Nolan has invested in its swimmers. The new pool will be fantastic for the sport.”

Meili visited her alma mater October 20 — just days before the school hosted its first swim meet in the new aquatic center against Plano’s John Paul II High School. While at Nolan, the recent Georgetown Law School graduate was a member of the swim team and participated in local club swimming. She retired from competition last year and will soon begin work as an attorney for a Washington, D.C., law firm.

“It’s clear everyone involved went above and beyond to make sure the new pool was not only functional, but beautiful,” Meili commented.

Part of a $32-million expansion project at Nolan that included enhanced security, an Integrated Design, Engineering, and Art Building, outdoor learning courtyards, and updates to existing classrooms, the natatorium features a 25-meter pool with 10 lanes, diving platforms, and a spectator area. Eventually, it will house programs for middle school students and community events. Nolan is the only private school in Fort Worth with a multi-purpose aquatic center.

“It’s a great time to be a Nolan swimmer!” enthused aquatics director and head swim coach Lauren Black. “Most private school swim teams fight for water time. Now we have it whenever we want.”

When Black joined the faculty in fall 2009, her team practiced once a week at Trinity High School and swimmers were expected to hone their skills at the YMCA or club programs. A few years later, practices were moved to Texas Wesleyan University — a chore that meant corralling students for a time-consuming bus ride five days a week. Wesleyan’s facility had no starting blocks and was often down for maintenance.

The availability of an on-campus pool is already producing results for the 39-member team.

“In previous meets, that’s where we were losing — off the blocks. Now kids who struggle with that in competition get to work on it every day,” the coach explained. “We look stronger and better in the water now.” 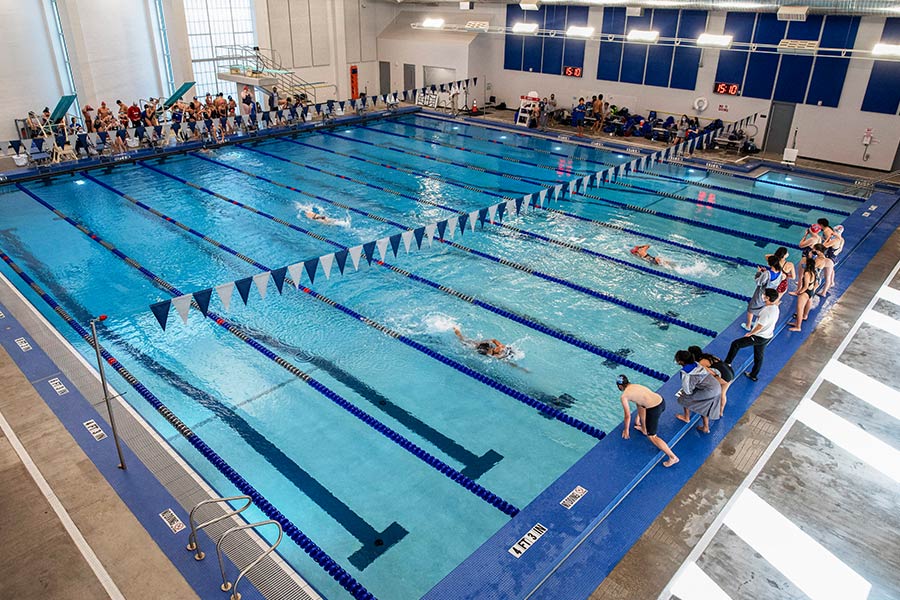 Chris and Lisa Mueller, the parents of two Nolan swimmers, Abigail, a 2019 graduate and Emma, a junior, described the natatorium as modern and very efficient.

“Both of our daughters have been swimming since they were very young, so we’ve seen a lot of natatoriums,” Chris Mueller said. “This is the most beautiful natatorium I’ve ever been in.”

He believes the novelty of an indoor pool will bring new students to the east Fort Worth campus.

“It’s nice for this school because it escalates Nolan to a higher level compared to other private schools,” Mueller added.

Nolan boosters Julia and Peter Ermish took special interest in the construction of the natatorium. Their son, Julian, a senior, is a Nolan swimmer.

“The design of this pool was to make it the most beautiful if not the best,” Peter Ermish pointed out. “We think they reached that goal compared to other pools. This is a gem.”

Attracted at first to the pool’s azure blue water, a visitor’s eyes are then drawn upward to a series of wooden beams that run parallel to the swim lanes. Transported from Alabama, the beams are the longest the manufacturer ever attempted.

“We wanted to use natural colors as opposed to steel trusses and the beams help achieve that effect,” Ermish said, noting the wood was treated to resist corrosion from pool chemicals. 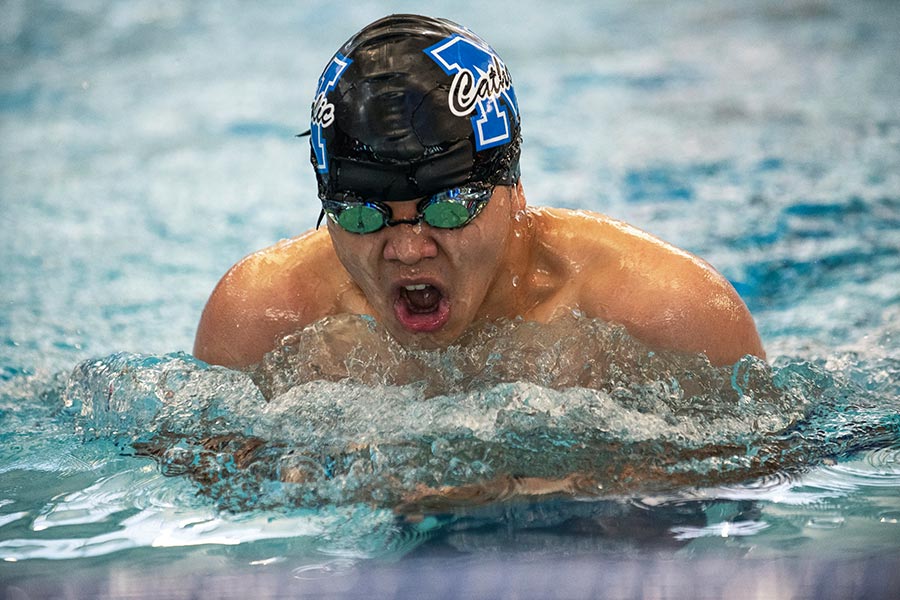 Architects from Corgan incorporated the school’s desire to showcase truth, beauty, and goodness in the project.

“They were very in tune with our thinking and it shows in the final result,” Ermish remarked.

Recovering from an injury, Andrew Paladini watched his teammates compete in the breaststroke from the stands. The Nolan junior doesn’t miss traveling off-campus for swim practices and feels the new pool boosts school spirit.

“The amount of work they put in with the flags, the design, and overall architecture makes the building stunning,” he said. “There is no downside. We’re just all excited to have it here. We can practice more and be a better team.”