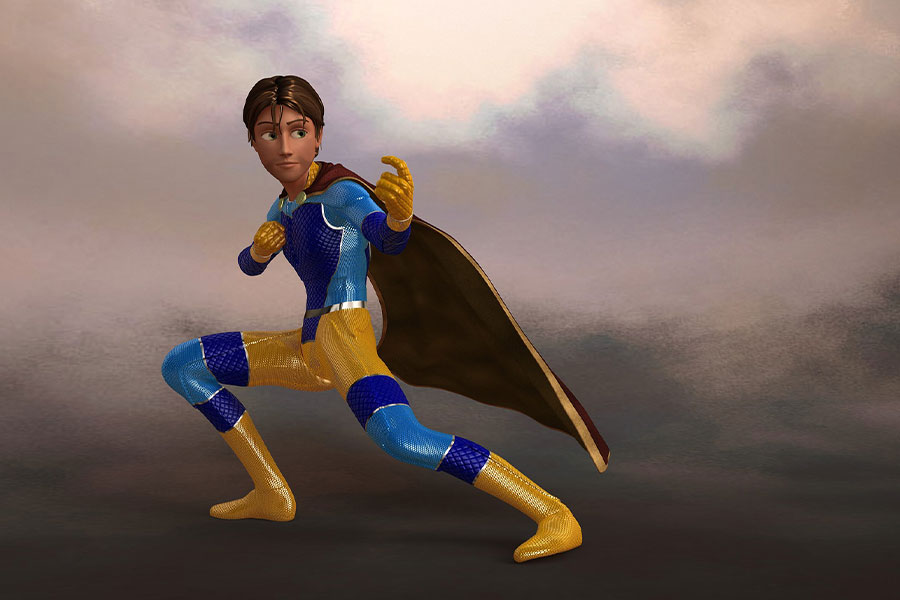 Superhero movies are some of the highest grossing movies over the last few decades. We love to watch our favorite characters fly in the air, swim in the oceans, swing on webs, use super cool gadgets, display otherworldly strength and powers, and interact with mere mortals, all at the service of conquering evil and bringing good to the world.

Superheroes are usually people of high moral character, have good hearts, are brave, and have powers beyond typical humans. They run toward trouble instead of away, and they are willing to sacrifice, suffer, and sometimes even die for the good of others.

If you look again at the list above, you’ll notice those same characteristics are shared by the saints, but the clincher is that we are all called to be saints. Thus, we are all called to live heroic lives. We are not called to mediocrity but to greatness, not in the world’s eyes, but in the eyes of God.

We are all called to live saintly lives, to be willing to suffer for, die for, and sacrifice for others. The question we must ask ourselves is: For whom are we called to die, suffer, sacrifice, to be a hero? Is it for a spouse and family, or is it for Jesus and His Church?

Often when we hear the word “vocation” we think of priests and nuns, and we hope we are not called to be one. Sometimes we remember that marriage is a vocation too, but we often do not give that much thought, because the “real” vocation is religious life. But the truth is that we are all called to live a religious life.

To be sure, the natural vocation is marriage. Most all of us are called to the married life; after all, if we were all called to the celibate life, humanity would not last very long. The supernatural vocation is the priesthood and the consecrated life of a religious brother or sister. It is supernatural because it is beyond what is natural for us, and it takes special graces to live the promises and vows of the ordained and consecrated.

Since marriage is what most are called to, in a particular way we do not need to discern marriage. But there is a very important caveat: To know for sure if we are called to marriage, we must discern priesthood and religious life first! Then, if the answer is no — we don’t discern marriage; we discern whom we are to marry.

As mentioned above, the question we must answer when discerning our vocation is: for whom are we called to live a heroic life? Each vocation has its own unique ways of sacrifice. Being married to the same person for 50-plus years and raising children, a task asked of spouses day in and day out, are not a walk in the park. There is much sacrificing of time, treasure, sleep, vacations, alone time, and on and on.

Just as sacrificial is the life of a priest or consecrated man or woman. In addition to not having a family, they sacrifice their time, treasure, sleep, vacations, alone time, and on and on, just in different ways and for different purposes.

If you are not yet fully in your vocation, I urge you to give significant time and prayer to ask God if He is calling you to life a heroic life for Him and the Church. When and if the answer is “no,” then you can turn your attention to possible life partners. But if the answer is a “yes” or a “maybe,” contact the diocesan vocations director to take a serious look at the possibility.

If you are already in your vocation, I encourage you to give some significant time and prayer to how you are living out this vocation. Are you being heroic or mediocre in your pursuit of this path to holiness? We can all grow complacent in living our vocation, so it is good to reassess our vigor from time to time.

Let’s live our lives like we’re trying to be saints, for the people of the world need to see husbands and wives, priests and religious, living heroic lives of sacrificial love.

Jeff Hedglen, columns, vocations, the Way, the Truth, and the Life, trending-english