This is how you do Church 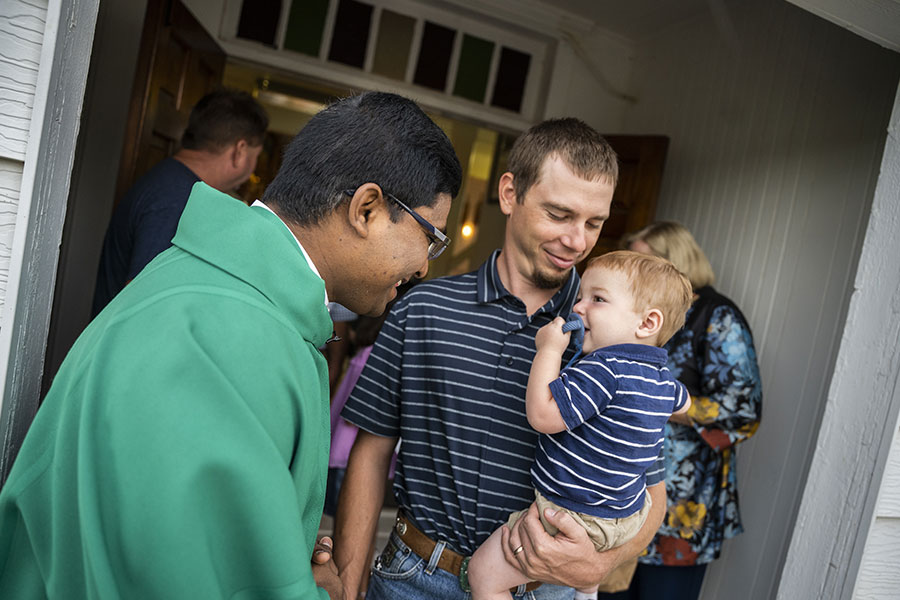 As I settled into my pew at Holy Name Cathedral in Chicago one recent Sunday morning, I gazed up at the beautiful interior, a feast for the eyes, and hoped for a liturgy that would be a feast for my soul. I was not disappointed; in fact, I was joyful, verging on giddy.

Thumbing through the cathedral bulletin before Mass, I read an informative public policy piece on growing anti-Catholic sentiments and religious liberty; a short reflection on that day's Gospel story; and a reflection on the upcoming feast of Mary Magdalene that made this Magdala fan-girl smile from ear to ear.

In terms of a spiritual meal, this spread was a feast of delicious appetizers that left me content and looking forward to the main course, which was everything I'd hoped for and more.

The music was accessible and easy to sing. The homily was on point and offered food for thought. The Liturgy of the Eucharist was reverent to the point of giving me goosebumps. The pews were filled with people young and old, families and singles, but, best of all, so many young adults.

After a liturgy that was beautiful from start to finish, the lector ran through announcements about upcoming events -- coffee and pastry in the courtyard after Mass, a summer jazz concert (BYO picnic dinner), a paint-and-sip party. Everything was free and open to anyone and everyone, no exceptions. I turned to my husband, Dennis, and said: "This is how you do Church."

As we walked out of Mass, we were stopped multiple times by people encouraging us to join them in the courtyard. The young priest who wrote the Mary Magdalene reflection was greeting people in the back. (I knew he was the writer because he was wearing a name tag.) I stopped to thank him for the inspiration. Then I made my way over to the celebrant so I could thank him as well.

Maybe the hopefulness of that morning has something to do with the population of Chicago in general. I had felt a surge of hope as we wandered the halls of the Chicago Art Institute because it was so crowded with young adults and families, but I believe my Mass high was due to more than demographics.

It was due to the intentional effort that had been made to welcome newcomers, to find points of connection, to offer something relevant and inviting, to recognize that, while the Eucharist is source and summit, we humans often need tangible benefits to go along with the transcendent intangibles.

For years I've given a talk called "Lost Generation," which focuses on reaching out to adult Catholics disconnected from the faith. One of my key points has been that we cannot bridge the divide by starting with theology, or even with Eucharist.

For many people who are inactive or uncatechized, the Eucharist is a mystery that requires time, prayer and revelation that doesn't always arrive all at once when someone walks through the door. We have to meet people at the door, connect with them where they are and walk with them down the path until the mundane gives way to mystery.

That connection begins with sincere welcome, with broad inclusion, with coffee gatherings and painting classes -- not just once in a while and not just with minimum effort. Connection begins with a willingness to let go of the old mantra, "We've always done it this way," and open our hearts and minds to new ways of doing things.

There's a surefire way to know if we're on target: Imagine you are a non-Catholic -- or disconnected Catholic -- walking into Sunday Mass at your church for the very first time. Would that experience of Church make you want to come back a second time? If the answer is not a resounding yes, it's time to rethink the usual routines.

People are hungry for deep connection and loving community. If you build it, they will come. And they will bring their friends.

This commentary titled: "This is how you do Church," was published online Aug. 4 by The Evangelist, newspaper of the Diocese of Albany, N.Y. It was written by Mary DeTurris Poust, former communications director for the diocese and author of the blog "Not Strictly Spiritual,"

The views or positions presented in this or any guest editorial are those of the individual publication and do not necessarily represent the views of Catholic News Service or of the U.S. Conference of Catholic Bishops.