What is happening at Mass? 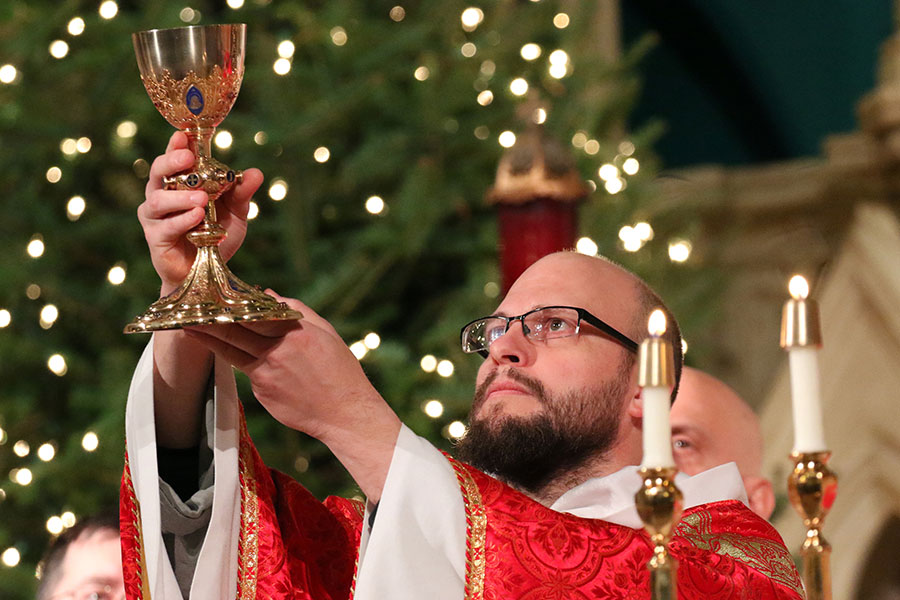 As many Catholics know, the Second Vatican Council famously referred to the liturgy as the “source and summit of the Christian life.” And following the prompts of the great figures of the liturgical movement in the first half of the twentieth century, the Council Fathers called for a fuller, more conscious, and more active participation in the liturgy on the part of Catholics.

That the Vatican II dream of a revived liturgical awareness and practice has, at least in the West, largely remained unrealized goes without saying. In the years following the Council, Mass attendance in Europe, North America, and Australia has plummeted. The numbers of Catholics who regularly attend Mass in those parts of the world hover between 10% and 25%. Therefore, it is not surprising that an extraordinary number of those who self-identify as Catholics in the West have very little idea what the Mass actually is. My thirty-one years of priestly ministry convince me that, even for a great number of those who attend Mass, the liturgy is a kind of religiously-themed jamboree.

So what is the Mass? What happens during this paradigmatic prayer? Why is it the beginning and culmination of what it means to be a Christian? In the course of this brief article, I will share just a couple of basic insights.

First, the Mass is a privileged encounter with the living Christ. Christianity is not a philosophy, ideology, or religious program; it is a friendship with the Son of God, risen from the dead. There is simply no more intense union with Jesus than the Mass. Consider for a moment the two major divisions of the Mass: the liturgy of the Word and the liturgy of the Eucharist. When we meet with another person in a formal setting, we typically do two things. We get together and talk, and then we eat. Think of the first part of Mass as an exchange, a conversation, between the Son of God and members of his mystical body. In the prayers and interventions of the priest, and especially in the words of the Scriptures, Jesus speaks to his people, and in the songs, responses, and psalms, the people talk back. There is, if you will, a lovely call and response between the Lord and those who have been grafted onto him through baptism. In the course of this spirited conversation, the union between head and members is intensified, strengthened, confirmed. Having talked, we then sit down to eat, not an ordinary meal, but the banquet of the Lord’s body and blood, hosted by Jesus himself. The communion that commenced with the call and response during the first part of Mass is now brought to a point of unsurpassed intensity (at least this side of heaven), as the faithful come to eat the body and drink the lifeblood of Jesus.

A second rubric under which to consider the Mass is that of play. We tend quite naturally to think of play as something less than serious, something frivolous and far less important than work. But nothing could be further from the truth. Work is always subordinated to an end beyond itself; it is for the sake of a higher good. So I work on my car that I might drive it; I work at my place of employment that I might make money; I work around the house so that it might be a more pleasant place to live, etc. But play has no ulterior motive, no end to which it is subordinated. Hence, I play baseball or watch golf or attend a symphony or engage in philosophical speculation or get lost in a sprawling novel simply because it is good so to do. These activities are referred to in the classical tradition as “liberal,” precisely because they are free (liber) from utility. When I was teaching philosophy years ago in the seminary, I would gleefully tell my students that they were engaging in the most useless study of all. Invariably they laughed—revealing the utilitarian prejudice of our culture—but I always reminded them that this meant the highest and most noble kind of study.

The Mass, as an act of union with the highest good, is therefore the supreme instance of play. It is the most useless and hence sublimest activity in which one could possibly engage. Recently, I had the privilege of attending the Mass for the installation of new members of the Knights and Ladies of the Holy Sepulcher. For the solemn liturgy, the Knights wore dashing capes emblazoned with the Jerusalem cross and jaunty black berets, while the ladies donned elegant black gowns, gloves, and lace mantillas. Two bishops, in full Mass vestments and tall mitres, welcomed the new members into the order by dubbing them on both shoulders with impressively large swords. As I watched the proceedings, I couldn’t help but think of G.K. Chesterton’s remark that children often dress up when they engage in their “serious play.” Capes, hats, ceremonial gloves, vestments, and swords for dubbing are all perfectly useless, which is precisely their point. So all of the colorful accouterments and stately actions of the Mass are part of the sublime play.

Why is the Mass so important? Why is it the “source and summit” of the Christian life? I could say many more things in answer to these questions, but suffice it to say for the moment that it is the most beautiful encounter between friends and that it is an anticipation of the play that will be our permanent preoccupation in heaven.