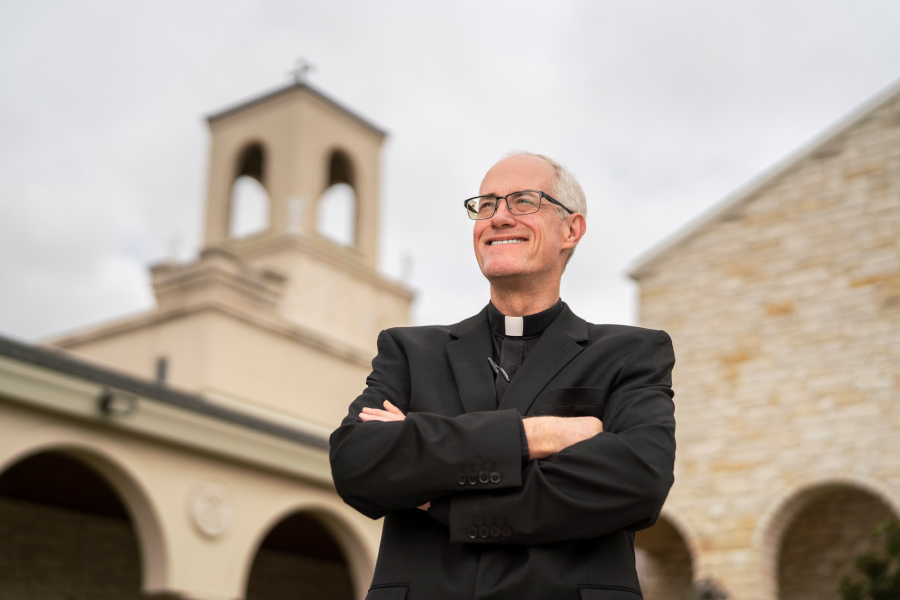 It’s been more than 50 years, but Monica Gray Mattioli still remembers the moment her life changed. The 13-year-old was sitting near a window in her Fulton, NY home on a cold, snowy January afternoon in 1969 when she spied a black car pulling into the driveway. Two military officers stepped out and approached a side door.

“That was when I knew Bill was gone,” said Mattioli, recalling how letters from her older brother had stopped arriving from Vietnam weeks earlier. “My mother answered the door, and before they said a word, cried out.”

A medical corpsman in the Navy assigned to the Marines, Bill Gray was committed to healing and never carried a weapon. He planned to become an orthopedic nurse after leaving the service. Like so many others who died during the conflict, he is remembered on the Vietnam Veterans Memorial in Washington, D.C., on 33W Line 7.

Veterans Day is always a gut-wrenching reminder of the loss for Mattioli.

“His siblings still think and talk about him,” continued Mattioli, a planned giving administrator at a Catholic college. “Everybody loved this guy, and nobody loved him more than his brothers and sisters.”

To provide pastoral care to Catholics serving in the Armed Forces, the National Collection for the Archdiocese for the Military Services, USA, will take place in parishes across the country Nov. 5-6. Held every three years, the collection is always scheduled for the week before Veterans Day and supports spiritual care of active-duty men and women, students enrolled in military academies, and patients treated in veteran medical centers.

Before his death in 2021, Mike Costanza would regale friends and family with tales of surviving two tours of duty in Vietnam. The St. Thomas the Apostle parishioner was just 18 years old and nine months into his first deployment when he was injured during a rocket attack.

“Mike was paralyzed from the waist down and crawled for three days until American troops found him,” said Mary Costanza, repeating a story she heard many times during their 50-year marriage.

Sent to Fort Polk where he underwent several surgeries, the Bronze Star recipient recovered use of his legs and volunteered for another tour of duty.

“He was very devoted to God, country, and family and was blessed the surgeries gave him his legs back,” his wife observed. “The injury made his faith stronger and reinforced the belief that if you have faith, things will work out.”

“I think it’s important we recognize and thank those who donated and dedicated so much of their lives for our freedom, so we can go to church freely and live a life of relative peace,” Costanza said.

Retired Lt. Col. John Yuill said Veterans Day should remind us we live in a country that allows choices and freedom thanks to the sacrifices of others. Confined to a Hanoi prison as a POW during the Vietnam War, the St. Peter the Apostle parishioner knows what it’s like to lose freedom.

The father of seven was on his second tour of duty in 1972 when missile fire shot down the B-52 he was piloting. Everybody on board survived.

After capture, Yuill faced heavy interrogations and was threatened repeatedly that his crew would be tried as war criminals. His Catholic faith, and conversational prayer with God, helped him cope.

“I talked to other POWs who didn’t have a strong faith and I could tell it was much more of a traumatic experience for them than me,” he recalled. “It was never a question that my faith made my time as a POW easier.”

Over the years, the Air Force retiree shared his story with students at Catholic schools. He also represents POWs at the annual Wreaths Across America ceremony each December at DFW National Cemetery.

“But for the grace of God I could have been in that half,” Yuill mused. “Veterans Day is a time to remember those guys who didn’t live.”

A POW from the Korean War, Father Emil Kapaun is currently the focus of a Military Ministry started at St. Elizabeth Ann Seton Parish earlier this year. Designed to help service members and their families ease back into civilian life through faith and community, meetings are held on the second Thursday of the month in the parish hall.

“Right now, we are going through a video series that uses Fr. Emil Kapaun, a Korean war chaplain killed in a prison camp, as an example of virtue and holiness,” explained Father James Flynn, pastor of St. Elizabeth Ann Seton and a former U.S. Army Ranger and Gulf War veteran.

Fr. Kapaun, a fearless solider who risked his life ministering to men on the front lines, is a Medal of Honor recipient. He was named a Servant of God in 1993 signifying his cause for sainthood could begin. His remains are entombed at the Cathedral of the Immaculate Conception in Wichita, Kansas.

Veterans often have a challenging time after leaving the military — especially those who have experienced combat.

“They need a place to gather and know they are supported by each other and the Church,” Fr. Flynn added, underscoring the importance of parish outreach.

His fondest memory of military service was witnessing the fall of the Berlin Wall in Germany. He calls the experience of watching people smash the iconic symbol of oppression with sledgehammers, then dancing on its ruins, as “magical.”

“It was one of the most impressive victories in world military history and was won without firing a shot,” the trained army sniper said. “It shows what a strong military can accomplish even when not on the battlefield.”

Veterans Day is a time to remember the men and women who sacrificed their own liberty and, in many cases their lives, for the incredible freedom and prosperity Americans enjoy.

“Veterans remind us that freedom is precious and won on countless battlefields around the world,” Fr. Flynn continued. “They are a living example of Jesus’ call to be people of service for the greater good.”