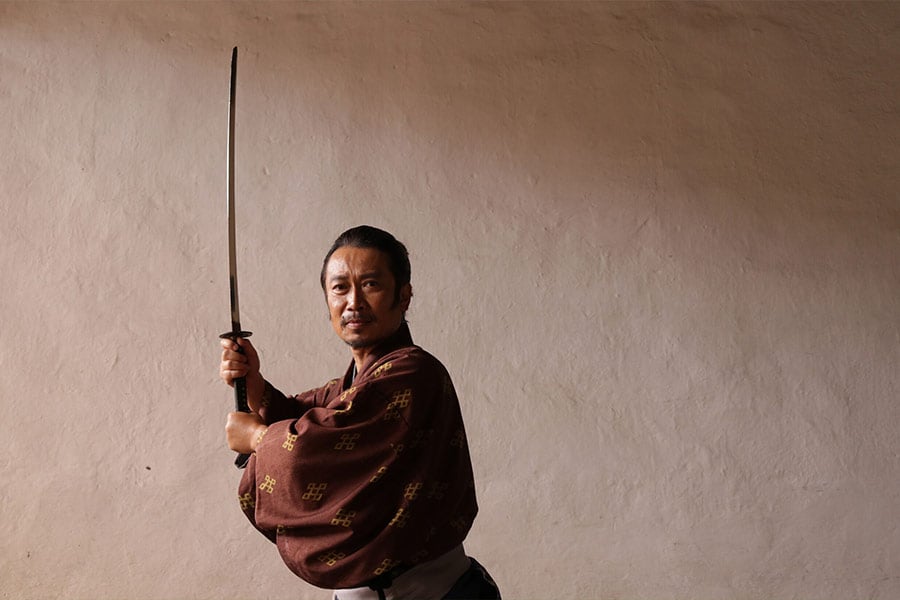 Huarong Weng as Hasekura Tsunenaga, the Japanese samurai who led a diplomatic mission to Spain and the Vatican in the early 1600s. (Photo by Stéphane Bégoin, courtesy PBS)

Catholics can discover some intriguing facts related to the history of their faith with two true-life television episodes of “Secrets of the Dead,” airing November 17 and 24 on Public Broadcasting Service (PBS).

Now in its 19th season, “Secrets of the Dead” is aptly billed as “part detective story, part true-life drama that unearths evidence from around the world, challenging prevailing ideas and throwing fresh light on unexplained events.”

“A Samurai in the Vatican” and “The Caravaggio Heist” fit that description perfectly.

“A Samurai in the Vatican”

The Nov. 17 showing of “A Samurai in the Vatican” focuses on the unlikely team of a Franciscan monk and a samurai warrior who are sent out by Japan’s feudal lord Date Masamune on a diplomatic mission to Europe in 1613. The task set before the Franciscan, Father Luis Sotelo, and the samurai, Hasekura Tsunenaga, is to negotiate with the Pope and King of Spain with the goal of opening a new trade route.

The monk and the samurai travel the globe over seven years in their quest, and the new PBS program helps us to follow in their footsteps. Woven into this intriguing story is one of religious persecution, devout Catholicism, political tension, and the dawning of globalization. Filming takes place in Japan, Spain, Mexico, Rome, Italy, and inside the Vatican.

The Nov. 24 airing of “The Caravaggio Heist” also takes us to Vatican City, as well as the Republic of Malta. This episode is suspenseful in many ways, with the narration of Dominican Father Marius Zerafa, OP, guaranteed to keep you glued to your seat.

The setting for this suspenseful story involves the 1984 theft of an artistic masterpiece painted by legendary artist Caravaggio. The painting, titled “St. Jerome Writing,” was a Maltese national treasure stolen from the Cathedral of St. John in Valletta in Malta.

During two years of investigations that led nowhere, Fr. Zerafa, who served as director of museums in Malta, never gives up on his quest to get the priceless painting back. 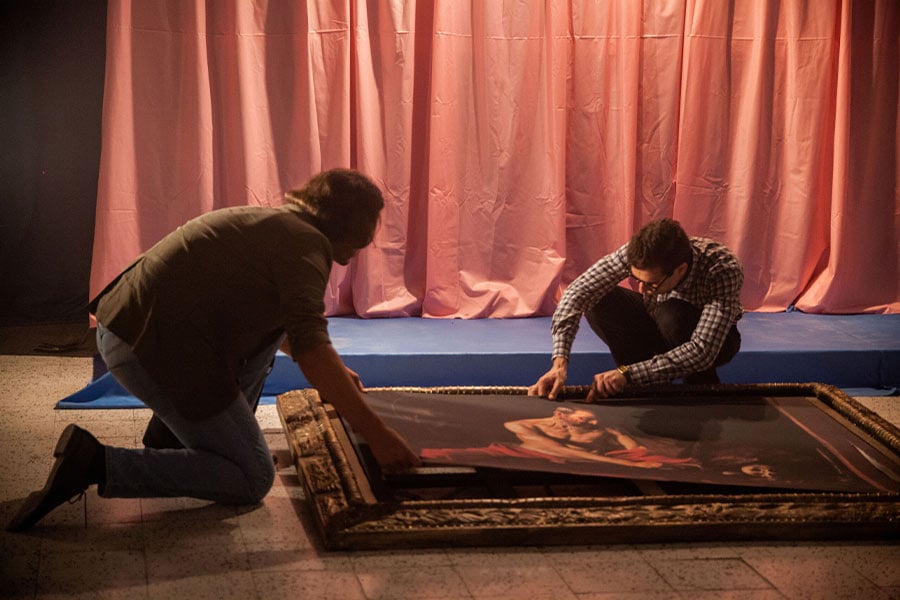 Depiction of thieves cutting Caravaggio masterpiece from its frame in “The Caravaggio Heist.” (Photo by Kayleigh Grech, courtesy PBS)

Eventually, the thieves reach out to Fr. Zerafa in an attempt to ransom the painting back to the Cathedral of St. John in Valletta. With no money to pay the ransom, the Dominican priest risks his life for the sake of rescuing the masterpiece. The episode takes us down many roads, leading to some unexpected destinations and end results. The piece also delves into the life of one of the Catholic Church’s most accomplished painters, Caravaggio, noted for the intense realism of his works.

Insights from “Secrets of the Dead” executive director

Something that separates “Secrets of the Dead” episodes from other dramas and documentaries of its kind is the beautiful cinematography and great lengths taken to obtain facts and video footage from original sources around the world.

“Secrets of the Dead” Executive Producer Stephanie Carter explained to the North Texas Catholic why that attention to detail is so important in the series that has enjoyed a 19-season run thus far.

“Sharing accurate history and science that is interesting and compelling is the core of ‘Secrets of the Dead.’ I don't think it’s possible to meet that goal without doing an intense amount of research and visiting the locations where the stories took place,” Carter said. “We want viewers to be immersed in the stories we tell, so it’s necessary to have a deep understanding of the events and a sense of place.”

In the telling the story of “A Samurai in the Vatican,” Carter said the inspiration came from curiosity about the ancestry of people in a Spanish city of 20,000 people near Seville, Spain. There, 700 residents share the surname “Japon” — the Spanish word for Japan.

“It was really about wanting to know why, in this small Spanish town, so many people had the last name ‘Japon.’ How could that have happened?” Carter asked. To find the answer, many discoveries were made and will soon be shared with viewers.

For “The Caravaggio Heist,” Carter said, “Everybody loves a good art heist story. There’s something endlessly fascinating about the theft of priceless objects. The fact that it was such a brazen act in this instance — happening while the museum was open — and that the painting was recovered by an elderly priest only added to the richness of the story.”

Carter went to further explain her objectives in telling the stories and trying to make history interesting and relevant.

“Often, people think of history as a monolithic entity made up of dates and battles, and it is,” Carter said. “But it’s also these small stories of individuals who took huge risks and shaped our lives in ways we’re unaware of today. My hope is that ‘Secrets of the Dead’ gives viewers that perspective.”

As for future episodes involving Catholic history, Carter seems to be keeping the door wide open.

“We don’t currently have any planned, but the Catholic Church played such a huge role in global history that I can only assume the Church will appear in future episodes.”

For other showings of the two episodes, check local PBS television listings, the pbs.org/secrets website, and the PBS video app.